5/29/19--I have discovered a new favorite! Diamond Painting!! So much fun. Just a word of caution, it can be addicting!

3/2019--I have been slow on signing up on swaps as of late because I will be having surgery this month. I hope to be back in the saddle next month!~~JeniRuth

I am a mother of 2. I love all things swaps and crafts.

*Currently I dabble in the following:

Working Full time (well, actually 2 jobs if you count the family as one...)

*In my spare time (which is rare at times) I like to:

(did I already mention sleep...)

*My favorite colors are deep purple, lavender, and forest green.

and hugs from my hubby and children,

and a good book,

A Word about Swapping

A little bit about me and Swaps. I will never flake! I find it pointless to join a swap if I do not plan to fully commit and follow through.

If I know I will be late, I will always message you ahead of time. That being said, if you do not receive a swap from me, or feel that I did not meet the swap requirements, please message me before you rate. I will always resend if it is necessary.

Unfortunately, not everyone thinks this way. I have had swappers never send anything or never rate. It is a big disappointment and a mean thing to do. I do not wish that on anyone here in Swap-Bot.

I have been crafting since the ripe young age of 10-ish, maybe younger. I was an avid crochet-er and sewer in my youth. I can no longer crochet because of hand issues that started in 1998 (while in college). I have been dabling in scrapbooking since High School and the beginning of college, but really got into it full force after my first child was born.

I love to go to crops because that is where I am able to spread out and get the most done. At home, I am limited to what I pull out at one time, but must put it away shortly after because (as my hubby has remarked) it begins to take over the house (and he can't STAND messes!!).

I commute to DC three times a week, 1.5 hours each way. I have WAY too many years to go before I am eligible to retire, even though I already have 15+ years in. sigh just another one of those things you have to do to keep up with the crafting. Gotta pay for it somehow...

I grew up in Germany. My father was an American government employee, working for the US Army Corps of Engineers. Because of that job, I was born in Fulda, and lived in Stuggart, Augsburg, Berlin, Taunnistein Mountains (Orlen), and Wiesbaden. I have not been back to Germany since my parents moved to VA in 1992. My motto is: Someday. In fact, my husband and I have been planning a trip to Europe since we were married in 2006 (but something always gets in the way of that, pregnancy, young children, finances, etc...). Next Summer may just be the year for us! (fingers crossed, but I'm not holding my breath anymore...)

On a side note, my husband is from Croatia, and grew up in Cleveland, OH.

including but not limited to: buttons, ribbons, fabrics, stamps, dies, etc.

hugs from the family, etc.

not being appreciated at work,

extra junk to fill the envie,

smokey smelling items (but I do not rate down for that), etc.

Please Note: I'm pretty easy going. If I receive something I do not like, I save it for someone who will like it and send it on. So it is all good!

Also Note: I do not give hearts because of the extras. Hearts are for the work itself! Your efforts...

TH mini distress ink pads (any color, I only have a few) 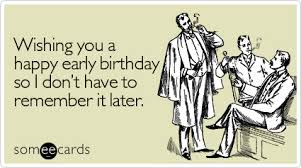 
Hi, i just wanted to thank you for the Fun page you made in my Handmade art Journal .It came home to day and I am enjoying your page for the prompt pockets. You are right it is much better with some tags in the pockets. Thanks again.


So sorry for your loss. I will keep you and your family in prayer.


I’m so sorry for your loss. I will keep you and your family in my thoughts. 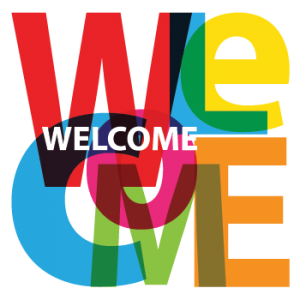