Dear Abby...Dear partner what do I do? 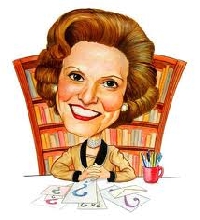 I'm new to this whole swap thing, and this seems like a pretty simple way to get started :)

I've been dating my boyfriend for 8 months now and love him dearly. We're in the same program at school and things are going great. I've got two children form a previous marriage, which is where the problem lies. My boyfriend and i have talked about marriage, and even gone so far as to look at rings and price things such as reception areas and photographers, but he's told me he's not going to ask me to marry him until after he's 100% sure both of my kids are ok with it. My oldest, an 8 year old boy, has some problems with anxiety and anger for which he's seeing a therapist, and I agree that taking it a bit slow is probably a good thing, but I'm beginning to wonder. We're both Psychology majors and we both know that my son isn't going to be "cured" by any means, but I sometimes wonder if my kids will ever be 100% ok with it. They love their dad, even if I don't, and I'm ok with that. I just wonder if I should still wait around, I don't want to be sitting her two years from now with a boyfriend who's not going to commit, just becuase he's a nice guy and good with kids. So, is this something I should work with? Any suggestions on what I can do to help my children? Any ideas on ways I can show my boyfriend that the kids are ok with us getting married?

Signed, In love and waiting.

Dear Abby... Here is my question. I am a Mom of 4 children. I have two teen daughters one 13 and one 16. My question involves the 13 year old. I am petite and my daughter who is 16 is very thin and about an inch shorter than me. My 13 year old recently grew to be an inch taller than me (two in. taller than her sister) and weighs more than either of us. I think she looks proportionate since she is taller (as when I was her age-I was way too thin and super short-I would have loved to look like her). She has always been proud that she is taller than her mom. She also thought it was funny that the last time we went to buy jeans, we ended up buying the same pair and the same size. So now here is the problem...this last week she gained a little more weight and all of her jeans were too tight. She asked to borrow something from her sister or me, and realized our stuff was smaller or the same size and too tight (her sister wears clothing a size or two smaller than her) so she was completely bummed. She is now very concerned that she is not only taller than both of us, but getting bigger than me and her sister. I have talked to her about it, letting her know that no matter what size or differences any of my kids have, I love them and think they are beautifult, but that I want them to be happy with who they are and how they look. We talked about what would make her happy and she says she feels like she is getting too big. I think she looks fine, but I know it bothers her. I worry though with her love of sweets, that she doesn't like to exercise much other than riding her bike and that her biological dad's family has genetics of being heavier (she is adopted by my current husband), that she may keep gaining weight and won't like how she looks. I want to know how can I support her in letting her know she is beautiful no matter what, but also help her to like how she looks?

Signed-Concerned Mom of a beautiful girl

Dear Abby, Of course my letter is going to be about a boy..sigh. So here goes....I grew up with him, he has always been my best friend and my first line of defense. I had kind of a rough childhood and had physical abuse coming from my mother and as far back as 6th grade he would stay up with me until my dad got home from work to make sure I was ok. (Basically my parents had split up when my dad found out, but my dad worked 60 hour weeks and she spent her free time trying to break into our house.) I followed up into an abusive relationship in high school and when my friend found out about that he defended me and got me out of it. He has always been my "rock". Finally we got a clue and got together and things were great for a few years. We were engaged, planning our life, everything was perfect. Then his ex girlfriend showed up crying one day. Her boyfriend had gotten her pregnant, abandoned her, and when her parents found out they kicked her out onto the street. He made some rude comments and hung up on her, and after finding out who it was...I was a dumbass and said, "Hey...it took a lot for her to call you looking for help, so lets help her." She moved in with us, we paid most of her bills, tried to help her get on her feet. Long story short, they ended up getting into drugs together and hooking up. So...he cheated, I found out and left. I probably would have taken his groveling back....except I ended up in a coma less than 2 weeks after the break up. Being in the hospital for 3 months gave them time to get deeper into drugs and into a relationship together...and they ended up being together for about a year, mostly because of his attachment to the baby and the drugs. He got clean and joined the army and we got back together (bad move I know, but I love the guy.) He wrote to me every single day, if not twice a day, when he was in boot camp. I felt like we were back to being madly in love again, everything was perfect and then one day I found a receipt for a plane ticket to his AIT base with her name on it. So...we were done for good at that point. I know everyone's going to say he's a jerk and I'm an idiot and I should quit talking to him but that's not going to happen. I love him, he's a part of my life, he's been there for so much in my life that I can't just abandon everything I feel for him based on his mess ups for the last year and a half. He has royally screwed up, don't get me wrong, but I just want to know how to handle it. How do I fall out of love with him? Or, at least cope better? Should I say something to him to make him back off? He's still an amazing friend, he just wasn't a great boyfriend, and the girl is out of his life for good now, but I'm terrified of trusting him so hopefully it's over between us forever. I love the guy, but I know I deserve better. I'm just so lost. When I see him, I want to grab him and be held by him and start my life back over with him and give him another chance like he keeps begging for but the small percentage of my brain that begs me to stay away knows it's a dumb idea. Like I said, it's not logical to say stay away from him and kick him out of my life. I'll never do that. I just wanna know what I need to do to finally start moving on with my life. I want to be able to see him without wanting to cry and feel like the best thing in my life is gone? I hope I don't sound too pathetic. Thanks for any advice.

My 19 yo daughter won't speak to me--except when she wants something. She won't even stay in the same room with me. She's resentful beause of some health issues I have and she feels like her dad and I should have paid for her college education and bought her a car too. We had some financial setbacks and got into debt badly. i guess she feels that's our fault too. She uses my car whenever she wants and she pays her own college tuition and books with student loans and grants.

she used to be such a sweet girl and now her temper flares up at the drop of a dime.