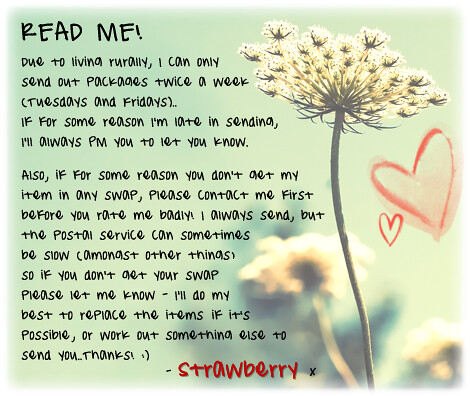 I sometimes reuse my postpaks and such (not as often as I'd like anymore though :/), so please don't be too alarmed if you get a package that looks like it's seen more of the world then you yourself have. Having said that, I use a lot of tape and pack it sturdily (thank God I don't have to open my own packages! lol), so the contents should be totally fine! ;)

I'm a lovely 27 year old gemini "lady" from Australia, although sometimes nothing more then a big kid. :)

Generally upbeat and happy, I tend to get easily excited over many things and love to make people laugh (or even smile). I'm incredibly weird, imaginative, love to talk about almost anything and have great conversations with anyone worth talking to. Besides my very "high maintenance" side however, I find I need a lot of personal time to reflect on my thoughts and things I've learned. I love to write, read, game (I've secretly been a big nerd all my life) and enjoy doing things with my hands.

Most importantly, I believe in 'dancing to the beat of my own drum' (as the saying goes).

I love crafting! Lately I've been branching out into 'previously unexplored waters' in the crafting world, and having a lot of fun with it!

I currently live on a nice big property surrounded by lots of nature. I've had some really memorable experiences getting up close to the wild animals that live around here; many of which have become quite used to me and don't mind me wandering around them. Being a big animal lover, it's a wonderful feeling! On the domestic side, I have a gorgeous red "mini-cross-standard" dachshund named Angelo. He's such a hilarious little guy with plenty of character and a heart to match!

My nickname "Strawberry" is one I've carried since my early high-school days. I can't even remember how it originally came about but somehow it just stuck and I've had it (or variations of it) ever since. I guess you could say it's become part of who I am. :)

Some time ago I went through an incredibly rough patch in my life that left me feeling so emotionally drained and worthless that I didn't know what I could do to just go on, or even if I could. The biggest issue was feeling like I was alone in the world and that I was not someone who I wanted to live with for the rest of my life, anyway. In short, my self-esteem was nil.

Any women who's reading this now and has less then a positive image of themselves but would love to change that (even if you're not in "the dumps").. check out the following blog post!

100 Ways You Can Start Loving Yourself Right Now

..and while you're there, browse around the site - there are a couple of other really nice articles (and not boring, promise!) like what to do when you're really upset and when you don't know what to do with your life, etc.

It helped me along in some of my worst moments; even if it was just to smile a little again. More importantly, it was the little boost that set me on the path to loving myself again (one tiny step at a time). I hope it helps someone out there too. 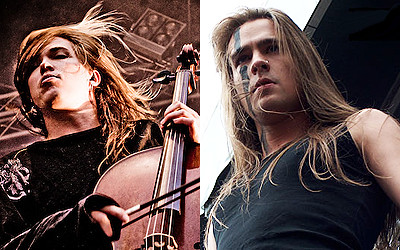 Music that is both extremely catchy AND truly meaningful (the sort where it's apparent that the writer of the music &/or lyrics is incredibly intelligent, deep-feeling, world-wise, soulful and can commit all of this well to music).

I'm generally not a big fan of bands & singers who have their music written for them.. it's always been an issue of mine ;P

..with the exception, perhaps, of songs from Eurovision over the years. This is an addiction I just can't seem to kick (I'm not trying very hard though).

80's music. I grew up listening to 80's around my older siblings. I had great influences like Bon Jovi, Metallica, Dire Straits, Icehouse, AC/DC, and of course a bit of Cyndi Lauper and Whitney Houston, amongst others! I still love it too~ :)

Some 90's music. The era where anything went music-wise.. and before all that RnB & such became so mainstream (I'm really not an RnB fan AT.ALL.).

Actually, I have quite a wide taste when it comes to music - I'll try pretty-much anything at least once. :)

I love romance books with more substance to them; where the characters actually have character & a personality (and don't necessarily have to be drop-dead gorgeous). I'm especially drawn to those with an unconventional or quirky pairing in which the attraction is there early on but takes some time for the romance to build, rather then the usual superficial "tupping" you see in romantica books. God I hate that word. XD

However, I do also -occasionally- love a well-written romantica (romantic erotica) novel - I'm particularly interested in those based on time-travel (as in the lovely lady from modern times ends up somewhere back in history, don't really like the guy coming to modern times). If anyone has a book like this, new or used, I would love it, even if it's just to borrow and then send back.. or if you can recommend any great titles for me to check out, that would be appreciated too.

Roman Holiday, Love in the Afternoon (yeah, I love Audrey Hepburn - these are my two favorites), many classic black & whites.. and some of classic colors too (I like those goofy 'Carry On' series movies from the 60's & 70's too), period dramas (although most of those are tv mini-series'), Pitch Black, Monty Python, Robin Hood: Men in Tights, Pan's Layrinth, Back to the Future series, Braveheart, Grave of the Fireflies, Kill Bill, Black Ice, Forrest Gump, Castaway, Memoirs Of A Geisha, LOTR, POTC (well, the first one), Dances With Wolves, Harry Potter (only 1st & 2nd) and Star Wars (70's/80's only). Don't mind a bit of Bollywood occasionally either (Shahrukh Khan movies like Veer Zaara, Rab Ni Bana Di Jodi & Devdas - though I don't like Aishwarya Rai very much..).

I love pretty much all movies with Audrey Hepburn or Katherine Hepburn. :)

Although i don't watch them much these days.. I have a soft spot for the old Disney movies too - especially Little Mermaid, Pocahontas, Jungle Book, Robin Hood and Beauty & the Beast.. oh! and Mary Poppins, of course.

What is the ultimate horror movie? I'm talking one that surpasses all others. I know we all have our own taste in what scares the heck out of us (for me it needs to be strong in realism, so that i actually have to remind myself that it's a movie). My discovery for most realistic-and-believable-and-creepy-as-hell goes to '[Rec]' - a spanish zombie movie with subtitles. The only horror movie EVER that I couldn't watch to the end was 'The Hills Have Eyes 2 - Directors Cut', simply because I found it disgusting.

TV-wise my favorite shows are Terra Nova, Agatha Cristie's 'Poirot' & to a lesser-degree 'Marple', Doctor Who (most recent doctor is my fave incarnation - Matt Smith is just adorable!), BBC's Merlin, Game of Thrones, Teen Wolf & Eurovision. These are the only shows I never miss an episode of - others are a matter of time & mood. :)

I like the old series 'Dr. Quinn Medicine Woman' too, but it's mainly for Hank Lawson (such a character!). Yum. Byron Sully is also pretty nice and not too hard on the eyes, but Hank is just.. Hank. Enough said. :)

Some of my all-time favorite TV series': Seinfeld, Everybody Loves Raymond, The Simpsons (not the newer eps. ew!) & Futurama.

I really love tv mini-series' too - mostly period dramas like 'North & South' (and I love love love 'Lost In Austen'! :D) and fiction-based-on-fact ones like 'Into The West'. :)

Teen Wolf is a recent passion of mine, and it's all about the Derek/Stiles goodness (and nothing to do with Scott or his stupid angst-y romance, both of which are very annoying and make me grind my teeth/cringe).

Actually, since my early teens I've been totally in love with slash/yaoi (most of which was from TV Shows or Movies) - in particular pairings like Harry/Draco (Harry Potter), Arthur/Merlin (BBC's Merlin), Dean/Sam (Supernatural), Steve/Danno (Hawaii 5-0) & the fore-mentioned obsession with Derek/Stiles (Teen Wolf).

But that's another story~

I also make address labels & swap cards a lot - love making them for anyone and everyone. :D

I'm hopeless at almost anything involving sewing as the main component. Okay, maybe I just need more practice (and the time), but all I really dare is some occasional stitching with floss.

I DON'T scrapbook at all. However, I love scrapbooking embellishments (besides ones that are too "obviously" themed for scrapbooking) & use them for other things. :)

Things I'm currently looking for, collecting or am obsessed with. :)

OTHER STUFF I LOVE~ 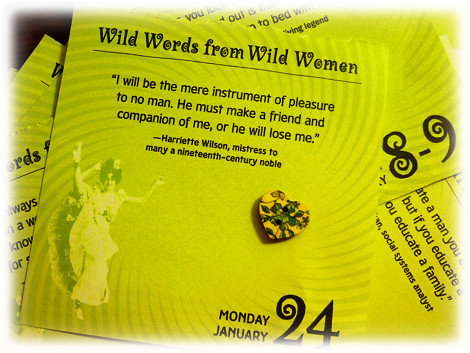 Colors: Creamy white/off-white, orange-red & yellow-green. I love pretty much all colors though.. I can't think of any I don't. There's truly a color for every occasion. OH! Actually, I don't like neon/fluro/eye-hurty colors. :P

If anyone feels like angeling any of these, that would be lovely. :)

none at the moment.

none at the moment.

Let me know if you want to trade x


Just saw your bookmarks on Flickr, they are beautiful!
Oh and great taste in music btw ;)


I was checking profiles and thought I would say HI! Thanks for being a part of the STTA group.

I love reading about the minor characters from Jane Austen books too. :) I have also read several based on her books that are written from the male's perspective.


I saw your beautiful bracelets and swap cards on the swap-bot welcome page. You do awesome work. :-)


Thank you very much for angelling The Flowery Parcel swap. All the items you sent were awesome. : )


Thank you so very much for the comments and compliments. It's hard. This weight thing is a life long struggle but I'm finally making some life changes that will be better off for my health in the long run. Knowing that, I'm aware the weight will go up and down. My girlfriend felt that she could capture me in a way that I could see me like she she's me and hopefully that would help bring an end to me being so down on myself. And for the first time ever, it worked. I didn't have a bad thing to say about myself. I saw something in me I could say something good about. To have someone say such negative things almost spun me in the other direction; but it's comments like yours that have helped me not kick myself around. Sorry for the book of a reply but 'thank you' wasn't enough. :) Take care!!

On a side note, I am sad to see that horrible comment on your profile-but it doesn't surprise me that people are so unkind. At least you'll never have to deal with her again.


I'm quite sure my cats really hate that people all over the world are laughing at them ;P They SO deserve it!