A little bit about me

Hi! I'm Prairie Kittin. (Yes, that is my real name. I was named after my aunt Prairie and my grandmother Katherine "Kitti"). My father named me. My mother called me 'Katey' right up to the day she died.

Update July 2022:
I'M GETTING MARRIED!!! After 20 years of living with him, Steve finally proposed! It went something like this: "I guess maybe we should make it legal." ... and then walked out of the room! I turned to my daughter and said, "Did he just propose to me??" She said, "Yeah, I think so!" LOL!! So, August 2nd, we're getting married! It'll be a simple courthouse ceremony. No time to plan, but that's okay. I got the guy. I don't need the ceremony! LOL!!

APRIL 2022:
I've been retired for some time now, and I use my time gardening and doing things outside. It's April now, and I finally got my salad garden in the ground. I have lettuce, spinach, lemon verbana, lemon thyme, lemon balm, tomatoes, pineapple sage, onions, a bunch of edible flowers, lavender, mint, strawberries ... and soon to be more!
JUNE 2022:
My garden is growing so well that I've been giving veggies away to the neighbors! I have a plant growing indoors that budded out extremely early, so I'm looking forward to harvesting those buds. My orchid plant has 7 new buds on it! I'm excited to see those bloom.

Nemophilist is an obscure word that hasn't really been used for over 100 years – but it is a word that surely deserves a comeback! It means someone with a love or fondness for forests, woods, or woodland scenery, or someone who often visits them – a 'haunter' of woods. Yep, that's me!

Did you know that in Finland and Sweden, witches come out on Easter?

If you want to make me happy, send me witches, trolls and creepy stuff. (Old school creepy... I don't do zombies, murderous clowns or chuckie dolls. No excessive blood, either. I like skulls, sexy witches, trolls, skeletons, spiders, tombstones, ravens, foggy graveyard pictures, things like that.) Tim Burton style.

I adore the Steampunk genre. Not so much the dressing-up in "costume" part, although I do have the prerequisite hat and goggles. I enjoy Steamy ATCs, postcards, pictures. Things like that. I have a Steampunk Tarot deck kept in a gear-encrusted box. I love it! I'm creating a steampunk aquarium. My bathroom is done in Cthulu and Octopi.

I have several grandchildren, most of whom are grown up now. Most of them are atheist or pagan.

I am a letterboxer. My trail name on Atlasquest.com is "Witch Kittin".

We have 4 cats. Mousy, Prince (of Darkness), and Marduk (King of the Babylonian gods) are all black. Trouble is a tabby Maine Coon. Mousy was "rehomed" to us because her former parents got divorced and her mom moved in with friends who didn't want cats. Prince's owners simply moved away and abandoned him! Trouble actually belongs to the dogs. They adore each other. He was born in the yard of an abandoned house to a feral mother. Marduk was born on Spring Equinox 2021. He and the littlest dog are best friends.

We have also adopted 4 dogs. Sadie is some sort of scent hound, but she looks like a pit bull. She's probably 8 or 9 years old. The other two are pit bulls, Sookie and Alcide. Sookie is about 60 pounds. Alcide has probably about 15 pounds on her, so we're talking 60 and 75 pound lap dogs! (They take up the whole bed, too, leaving me a little 8 inch space on the edge to sleep in!) Phoenix is the newest little guy. He was born on Dia de Muertos 2020. He's "supposed" to be chihuahua and dachshund, but I think he's a smooth haired terrier.

So, I have 4 cats, 4 dogs, and fish. Lots of fish. I have a 60 gallon and a 125 gallon tank in the living room. Then I created a 300 gallon koi pond in my backyard. Had a friend help me dig the hole, but I did the rest myself. Planted around it, created a waterfall and put in 14 koi and goldfish. The koi that out grew the 120 in the living room graduated to this.

Oh, and I also live with a large hairy biker dude named Steve. He is my rock.

I am 420 Friendly. I am a nonsmoker myself, though. I have been known to raise medicine for a cousin going through chemo. I don't do it myself, but I do believe in it's uses as medicine.

I do mail art and Zentangle, mostly.

I used to do ATCs, but not so much anymore. Back in the early days (yes, I am that old!), ATCs were all about the Art. Now, there are ribbons and embellishments and beads and baubles. They look like a miniature mixed media card. I just can't do that. Well, I can, but I don't enjoy it as much. I have come to the conclusion that, as far as arts and crafts go, I can do Art. Crafts, not so much. I'm okay with that. I'm a fair to good artist, but my attempt at crafts never turn out as pretty as the ones other people make.

I am a member of International Union of Mail Artists in good standing since 2013.

I've also carved my share of rubber stamps and made a few logbooks to go with them for my letterboxing hobby.

I am a collector. I admit it. Is there a 12-step program for that? I collect:

Trolls (the old-school cutesy little dolls with the wild hair, as well as the Scandinavian kind)

Keys (old fashioned skeleton keys. I don't know why, but I am totally fascinated by them)

Rocks, stones, fossils (I was a geology major in college)

So... a cast iron troll dressed as a witch, carrying a skeleton key in one hand and a trilobite in the other, with a fawn curled up at her feet, standing on a beer coaster in a betta tank would be absolutely perfect. ;-) 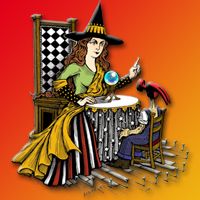 This is Ruby. She's my favorite witch of all time!

I don't have a favorite color, but I prefer earth tones and muted colors, although occasionally a deep rose color takes my breath away and stops me in my tracks! I seem to have a lot of purple things, too.

Looking at my colored pencils, there are some colors that are almost worn away to nothing. Dark green, dark purple, aquamarine and dark brown, in particular. So, I guess maybe those might be considered my favorites!

Animals of all kinds. I could no more harm an animal than cut off my own arm.

Anything Pagan or witchy.

I do NOT support Susan G. Komen. I am a breast cancer survivor, and I support other charities, just not that one.

No Christian stuff. Please do NOT send me anything christian. I have been physically, mentally and emotionally hurt by members of that religion, and I would prefer not to have any reminders. Don't ruin my day by sending me pictures of a mangled corpse hanging on a stick. I don't care who he is, or what he means to you. Please, just don't do it!

I would appreciate it if you didn't send anything religious, political or gory.

That's about it. I like just about anything else. I enjoy all kinds of art, especially mail art. I like to make Zentangle cards and decorate envelopes. I like to think my art puts a smile on someone's face in it's journey to your mailbox.

Steve and I are both diabetic and he has congestive heart failure. I'm always looking for good nutritious meals that are 1) Low in sugar; 2)Low in carbs; 3) Low in sodium (salt); 4)Contains no mammal meat (no beef, pork, lamb, etc. Chicken and turkey are okay); 5)Little to no soy, so no tofu. (I'm allergic). We eat fish, seafood and poultry for the protein.

Yeah.... dinner is a real challenge around here! If you have any recipes that maybe we can eat, please include them in any swaps. They will be more than welcome!!

Also, if you happen to have any recipes incorporating cannabis, I'd love to look at them!

I recently was tested and have discovered that I am a supertaster. Not as "super" as it sounds. It has made me a picky eater because I am oversensitive to tastes. I don't do anything spicy (one grain of black pepper feels like it's boring a hole through my tongue!). I like veggies, except kale and brussels sprouts.

I don't "collect" postcards. BUT, I do enjoy receiving them. I particularly like handmade, especially hand drawn or hand painted cards. I like postcards to be sent naked and written on. That's part of the charm of postcards. I enjoy 'strange' or 'unusual' postcards more than the "touristy" type. If you want to include a postcard as a "goodie" or "extra" in a swap, expect me to use it to write a note for the next swap I'm in. (Unless it's so bizarre or unusual that I absolutely have to keep it and add it to my collection of bizarre and unusual things!)

Skip this part if you want. I just need to blow off some steam about the postmaster general. This guy has messed up the US postal system so bad that I don't know if it's even fixable.

Edit 4/4/22... Postmaster General Louis DeJoy is STILL moving forward with spending billions of dollars buying a fleet of mail delivery trucks from Oshkosh Defense, 90% of them powered by gasoline fueled combustion engines expected to get 8 miles per gallon, despite the USPS Inspector General’s report calling for a transition to electric vehicles for 99% of mail routes.

Does it surprise anyone that the guy is a total liar, too?

I am pagan. My path is eclectic, which means I don't 'fit' into any particular category. If you want some ideas for pagan gifts, I like:

pictures or depictions of God/dess

I collect witches with human faces

I'm not so much into chakras, Reiki, aura cleansing, or things like that.

My favorite incense is Nag Champa. I can't burn it when Steve is home because he has an allergy to smoke. But, I still love the smell. I leave a box open on my altar or desk so I get the scent without the smoke.

I don't burn scented candles for the same reason. I love them, so I keep them next to me, but I can't burn them.

Essential oils are okay because they don't put smoke in the air. I especially love frankincense and myrrh. Patchouli smells like mold to me, so I would prefer not receiving that.

Here is the summer and I'm just Frappe addicted! I'm taking my Frappe right now too! And i can drink 10 more today haha. But I shouldn't. 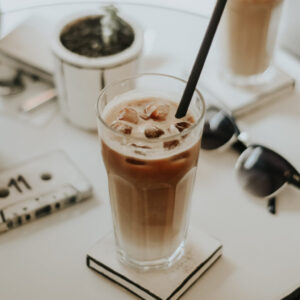 and a big iced Americano :) 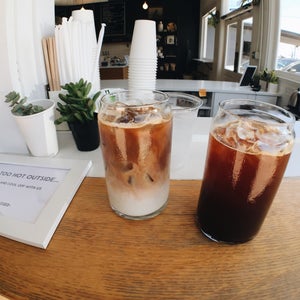 Hope you have a good caffeinated day and be very productive with that. Hugs!


Congratulations on your nuptials! 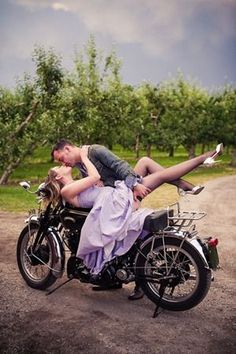 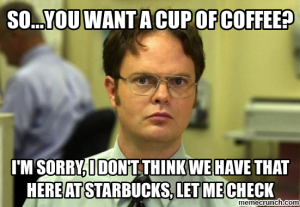 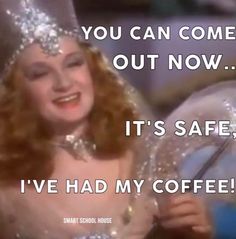 
Wow, well congratulations on the proposal!


Thank you for doing such a lovely job on this Twinchie way back when - it finally made its way home. 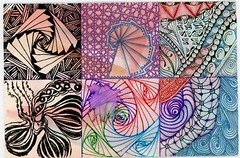 
Prairie, thanks for the beautiful tangling you did on my water colored Tangle and Pass PC It looks great.


Thank you for adding to my wellness bag! I appreciate the link to the salve as well. It's such a help.


Thankyou for sending home my hd/hp pass and paste! I love what you and Katie have done with it!❤️❤️❤️❤️❤️❤️❤️❤️❤️