I'm almost 40 years old and live on a small farm in western Massachusetts. I've lived here all my life. Rural life isn't very exciting, but it has its consolations for an old curmudgeon. I have two male cats, Ludwig and Mini. I work out of my home as a virtual assistant. As much as I like the computer, sitting in front of it for most of the day gets tedious.

BOARDGAMES: I love playing boardgames, but don't often get the chance to play. So I wind up playing a lot of Scrabble on Facebook. (If you're looking for games, look me up.)

READING: For fiction, a little of this, a little of that - fantasy, SF, horror once in a while, historical fiction, a few YA titles, the odd mystery. Favorites include George R. R. Martin's A Song of Ice and Fire (and most of what Martin writes), John Mortimer's Rumpole series, Kurt Vonnegut, P. G. Wodehouse. For nonfiction, mostly historical and biographical stuff (especially related to Tudor, Renaissance, American colonial and revolutionary history, plus culinary, scientific, and medical history), but I'll read anything that looks interesting. Some favorites are The Knife Man by Wendy Moore, Bill Bryson, Paul Fussell.

COOKING AND BAKING: I spend a lot of time trolling FoodGawker for tasty things to make. But to be honest, I don't like the cooking part so much as devouring the results!

ASTRONOMY: I just got a telescope, after wanting one for years. But since I don't even know enough to be considered a novice, I feel stupid listing it here.

DISLIKES: Anything girly, cutesy, or country. Anything religious. 
Thanks for the angel waterfall PC. I love it! Are Niagara falls really so loud that you could hear it from miles away?


Thanks for being part of Postcard - November Aviation History Month Swap! Please check out more of my swaps @virgoleanne 
Thank you thank you for mailing back my postcard with the cute stickers, stamps and note. xox

I noticed you've been online but haven't read nor replied my message about the Medicinalia PC. If you have received my card, please do rate me or if you haven't, I'd appreciate if you would let me know so I can re-send! Thanks: )) 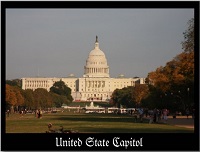 
I saw a comment of yours on one of the "word" PC swaps - I should have gotten you as a partner! I have a ton of brain pictures in my stash. They are in the huge "other" pile though and not in an easy to find place! Happy creating.