Hello! I live in Gresham, Oregon, United States, at the mouth of the beautiful Columbia River Gorge.

I'm currently studying for my associates degree in science to get into the field of astronomy. I hope one day to work on a project like Kepler or TESS, finding exoplanets and learning more about our universe.

I love fall/autumn; the chill air, the leaves changing colors, the return to 'jacket weather' and all the scents and textures that come along with it. I love Harvesty-themes and rustic things, Tuscany and the like. The only thing I love more than Halloween and Thanksgiving is Gishwhes -- an annual scavenger hunt that happens ever year in August and is run by actor/future overlord Misha Collins.

IF ANYONE IS FLAKED ON IN A SWAP I'M HOSTING please PM me! I am willing to angel my swaps when needed.

I send out most of my swaps the first day partners are assigned. Exceptions are swaps that take time to prepare or create. For post/note cards and other simple swaps, I'll send them out within a few hours of being assigned, usually.

Also, I will always rate as soon as I receive a swap. The instant I'm done reading/looking over an item received, I'm right here rating the sender. If you think it's been more than long enough for me to have received and rated a swap, please let me know! I'll take a look at my archive and make sure it didn't slip under the radar.

My favorite book in the world is Pale Blue Dot, by Carl Sagan.

Others are Good Omens by Neil Gaiman and Terry Pratchett, The Dresden Files by Jim Butcher, The Talisman/Blackhouse, Eyes of the Dragon, and The Dark Tower by Stephen King, The Abhorsen Chronicles by Garth Nix, and The Vampire Chronicles by Anne Rice.

I also love Sci Fi short stories. Some of my favorites include "All You Zombies" by Robert Heinlein, "The Machine Stops by E.M. Forster, "The Golem" by Avram Davidson, "The Sentinel" by Arthur C. Clarke, and "Reason" by Isaac Asimov.

It's hard to pick just one, since my favorite movies are constantly changing. In terms of general appreciation, the ones I'll always come back to are Fight Club, Across the Universe, Metropolis (1927), King Kong, Delicatessen, City of Lost Children, Moulin Rouge, and the MCU.

Being the localphile I am, I'm a big fan of the LAIKA films -- Coraline, Paranorman, Boxtrolls, and Kubo and the Two Strings. It's more than just hometown pride, though... these movies are phenomenal and emotionally driven and I would recommend them to anyone of any age. 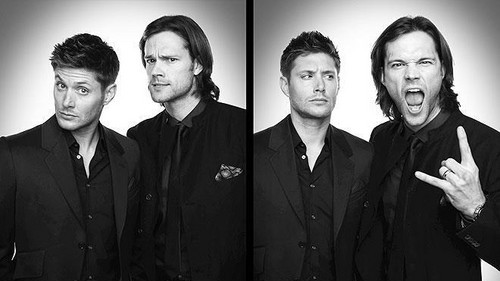 I dabble but I don't have a set hobby. I'm the kind of person that looks at crafts and goes "Huh, I wanna try that..." then I do the thing.

I'm also recently getting into decoupage. I'm considering making stationery kits with cigar boxes to sell at my work's holiday bazaar. Any tips are welcome :)

I like my postcards naked -- put your favorite quote on there, tell me about the weather as you're writing, or what you did/plan to do today. I love seeing a slice of life or what people are passionate about in little notes on my PCs.

I'm also a casual stamp collector, so if you stick an interesting stamp on it, feel free to tell me a little bit about it in the note :)

*Magnets. I especially like the flat rectangular ones with cool landmarks on them. I've had bad luck with the heavier 3D ones but if they have good backings or neodymium (silver) magnets instead of the ferrite (black) type those are good, too. If we are swapping magnets, please don't send me state-shaped ones -- I am collecting those from places I have visited myself -- except California. I was just down there recently and couldn't find one of the acrylic ones I like, so the clear acrylic shaped California is fine, too. I'm not super picky though, and if it's part of a requirement for a swap, don't stress! Send what you think is interesting or what you have available to you. I won't get uptight about it if it's not 'exactly' to my liking, I will enjoy and appreciate the thought you put into selecting and sending it either way.

*Space exploration stamps from around the world. I'm not a serious stamp collector, but I've been collecting space-themed postage lately.

It's been a whirlwind year!

I've finished school, yay! Well, for the first part at least. I still have a fair bit to go, but I've obtained my first degree, so that's something!

On the coattails of that, I've also been having a bit of an existential crisis accompanied by a bout of depression.

Ultimately, I've just been really, really busy and tired. I might start getting into swapping again soon, though.

Took a little break while school was at its peak. I'm in finals week as of now and looking forward to having a little more time for swaps, at least until the end of January when the next term starts! We'll see how things go at that point. I probably will still keep it low volume until summer.

I believe I'm all caught up on rating now. Sadly, I discovered that I had been flaked on by a couple of people who have since been suspended (one of which I have already spoken to the swap coordinator about). If anyone's still missing a rating from me, please feel free to message me and I'll go through my swap box to make sure if I got it or not.

If you haven't received something from me, please feel free to message me. I'm pretty sure that after about 2 months off from swaps, everyone I've sent to should have received by now. I don't have any ratings or messages to say otherwise, but just in case...

Doing my best to keep up, but I'm not participating in as many swaps lately due to my busy schedule. Can't wait for this term to be over! 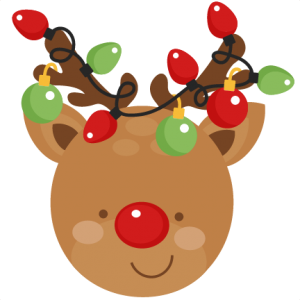 
I hope everything is OK with you!! Sending love!


I was thinking about you!!! It was a nice surprise to find your message!! Are you finished with school? I hope you're doing great... Wishing a great holiday!!! Hugs â™¥


Thank you so much for the beautiful postcard you sent for the Quick send-Quote on a decorated postcard. I love the quotes, especially "Art is anything you can get away with." by Andy Warhol. Hugs, Diane


Hello @Omnomidon stopped by just to wish you a great weekend!! 
Your postcard is on its way! 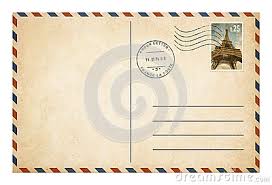