I love fun and quirky things. Weird and unusual. Dark and beautiful. Politically incorrect and funny.

I call myself a "yarny." I love to knit and crochet. The yarn section is where I head in every store!

I am up for private, US only swaps. Just pm me. 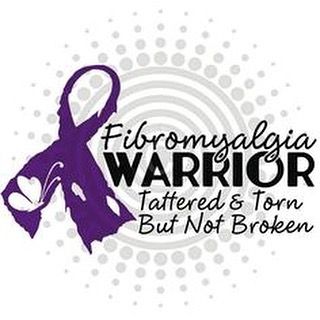 I have fibromyalgia. It’s really kicking my butt, but I am trying to find a way to live with it. The diagnosis was a blessing because it helped explain sooo many things.

DO NOT SEND ME ANYTHING POLITICAL! ESPECIALLY TRUMP RELATED!.
I loathe him, however I do not wish to bring politics into my fun zone here on Swap-bot. Thank you.

I just ended my almost 8 year marriage to an abuser. I got away and he’s in prison.

I also love receiving “scrap” or left over balls of acrylic yarn...solid or variegated. I make scrappy blankets and donate to a local church. Balls as small was a walnut or golf ball are perfect...or any amount!!

Yarns NOT TO SEND ME!
- anything wool
- the huge blanket yarn by Bernat.
- sock yarns with a wool component to them.
- yarn that smells: cigarette smoke, pet urine/feces, mold, perfume, etc.

Charity is important to me. I donate quite a bit to several charities. Here are some places I donate to:
- hatnothate.org
- Red Scarf Project
- Seamen Institute
- local church knitting group sends items to the Veterans Museum, cotton hats to the local cancer center and prayer shawls to anyone that needs one
- church in Chicago that distributes items to several places: hat/scarf sets to homeless in Chicago, spa/wash cloths go into kits that teen or unwed mothers receive at a hospital, hats, blankets and other baby items are given out where needed. 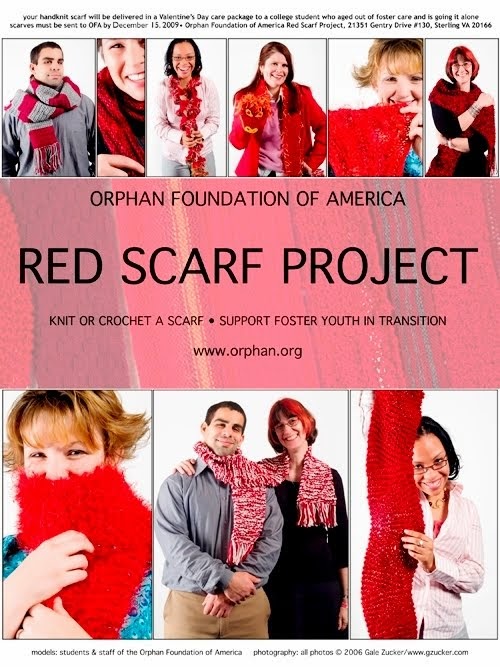 Dislikes:
- touristy or multi-view
- religious.
- handmade.
- out of date holiday

This is just a vague idea of what I like. If you have a question, feel free to ask!

If you are my partner in multiple swaps, I will send them in the same envelope to save postage. I have not seen anything that says each swap has to be mailed separately.

I rate fairly. If your swap is sent late without communication, I have no choice. A 3 is the fair rating and is how this site is meant to run. Sending extras or offering to send extras will not “buy” a 5 rating from me.

I identify as 100% heterosexual. However, I support everyone's right to identify however they wish. In the past I have made pride flag specific crocheted items for my swap partners. If you want to do a private swap for something specific, feel free to pm me!! 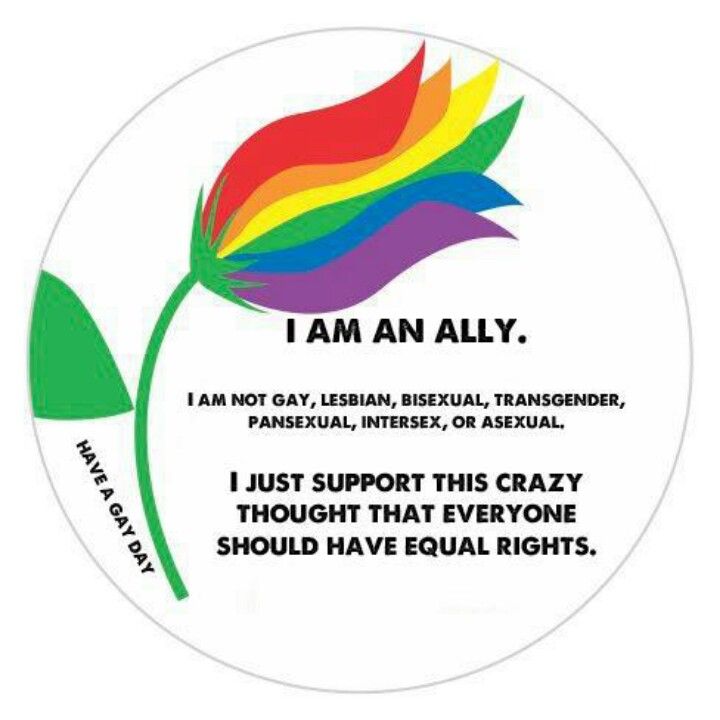 Yes I am a Crazy Cat Lady. I have 13 cats total...all indoors, all fixed, all get along! I will list them as I got them.

Tango is the reason I am in love with cats. He came to me in May 2009 at about 3 weeks old. Starving and covered in fleas. He is now a robust, spoiled orange tabby who thinks I gave birth to him. Lol He is also a grumpy cat sometimes with the younger cats.

Lucas came to me in June 2011 at about 5 weeks. My brother-in-laws semi-feral cat had him and abandoned him at 5 weeks. He is my big Fatboy at almost 25 pounds. He is black and grey tiger striped and looks like a raccoon. He will smack you if you walk by him without petting him. He is a wonderful big brother to all the younger cats.

Sissy La-La came to me in 2012 at 2-3 years old(previous owner wasn't sure). She came already spayed and front declawed (I HATE declawing!!!). She is a soft-peachy orange tabby. She is the sweetest and most soft-spoken, so to speak. But she is the leader of the clan. She puts the other cats in their place with her clawless front paws. She comes running if any of the cats are fighting and gets the fighting to stop. She's pretty bad-ass.

Pepper came to me from the same owners and at the same time as Sissy. She was 6 months old at the time. She is half calico/half Sismese with beautiful blue eyes. She is ivory with black and grey splotches all over her. Pepper is wild and crazy and fun! Her favorite thing is to hang out on top of doors. Lol I call her my ninja-cat because she is crazy good at running and flipping. Her and Hank are best buds!!

Hank came to me in 2012 at 4 weeks old. My friend had a cat give birth under her porch. He is an orange and white tiger striped tabby. He thinks he is a dog and greets everyone who comes in like a dog does. He is super friendly and likes to play as much as Pepper does.

Sweet Pea is a tortoiseshell cat I rescued from under my sisters house in May 2014. She was really tiny, about 4-5 weeks. She is still skittish, even with me, but is a sweet girl. She wants attention, but at the same time doesn't. She also doesn't meow...she more chirps than anything.

Baby Butters is a black and grey striped tabby cat with mackerel markings. She came to me in October 2014 at about 5 weeks. I had taken Sweet Pea to the annual free spay and neuter and someone had brought in Butters. They spayed her even though she was actually too young. The people who brought her in were just going to release her back out to the streets, but I couldn't let that happen. They agreed to let me have her. Her name is because every time I picked her up or held her she would melt like butter. Aside from Lucas(who she is best buds with and cuddles with all the time) she is one of my most chill cats.

Molly was born under my mom's house in January 2015 to a stray my mom had been feeding. My mom and my sister both kept a kitten from that litter and I got Molly. She is what I call a Tortico. She is tortoiseshell colored with a white chest. She is very sweet and likes to suck on my ears. Lol She is best buds with Gypsy.

Gypsy was born April 2015 in my bedroom. I deliver newspapers and a stray pregnant female jumped in my car one day and would not leave. I brought her home and within 20 minutes she was giving birth. Gypsy was the last of 4 to be born; the only girl and the only black one. She was hissing as she was leaving the birth canal, and I knew she was going to be a spitfire! She doesn't meow, she squeaks instead. Lol

Wednesday (female) and Pugsley (male) came to me in October 2015 at about a month old. An acquaintance had gotten them only to be told by her land lord she couldn't have them. They are both solid black and are super sweet! They were sickly when I got them and I had to nurse them with goats milk...they wouldn't take kitten formula(and you know they can't have cow's milk). Pugsley, who I call Bubba, has decided his favorite place to chill is on my left shoulder with the back of his head pressed behind my ear, just purring away.

Gracie Lou was born to my mother-in-laws outside cat in the country. She is the first long haired cat I ever owned. She is mostly white with grey/black striped patches on her back and face. She came to me in July 2016, about 6 weeks old. She thinks if I am on the toilet or scooping cat litter that I need to be petting her the whole time. She is very sweet.

Paddy came to me in November 2017 at about 8 months old. My niece’s dad (sisters ex husband) was going to toss him out in the negative temps because he was reaching puberty. My niece begged me to take him, how could I say no?!? He’s very sweet, cuddly and one of the chattiest cats I have ever met! He likes to follow me from room to room in the morning when I’m getting ready, chatting the whole time. He is a long haired orange and white boy.

And I have Jersey, my pit bull. She is mostly black with white patches. She was an early Christmas present for my then husband in November 2013; she was 6 weeks old. She is so super sweet and has not a single mean bone in her body. When Pugsley gets all puffed up and growls and bats her in the face, she just blinks and licks her nose. The worst thing about her is that she likes the "treats" in the litter boxes.

Jersey had her one and only litter of pups in April 2017. She gave birth to 7, only 5 survived. We kept two females. Daisy was first born and the biggest problem. She was stuck breach in the birth canal. My then husband had to pull her out by her back feet with Jersey's contractions. She's white with large brindle spots all over. She's very independent. Junebug was the last born and the runt. I often had to syringe feed her because the others wouldn't let her in to nurse. She has had a spitfire personality from go. She was growling at my then husband at 2 weeks old. Lol She is sweeter then the other two. She is always coming up wanting lovings and snuggles all the time. She is almost solid black with a white smear on her face and white toes on one foot. She’s also the biggest of all the pups and Jersey! I guess the extra attention paid off! I am lucky that I get to see all the pups from Jerseys litter and I got to watch them grow up.


Thank you for all the wonderful Washi Tape.


Thank you so much for granting my wish from the forum of a wish granted group for non-touristy postcards! Looking forward to using these.


Thank you for the washi RAK! I looked at the yellow card and thought "genius"! I have a tag punch but never thought to punch plastic with it for sending washi! So, thanks for both the tape AND the idea!!


Thank you for the AWG March happy mail


Thank you for the nice RAK of washi tape (AWG March)! Thanks for thinking of me!


Just received a washi tape sample RAK from you - thank you! What a delightful surprise in my mailbox. :D I'll make sure to pay it forward. Happy swapping!!


Thank you so much for the random washi RAK. I really appreciate the happy mail! That Mac-n- cheese washi cracked me up!


Thank you so much for the awesome March awg goodies! You always send such lovely washi.


AWG March wishes- Thank you for all the wishes you sent, much appreciated!!❤️