My Art and Swaps

I absolutely love drawing and painting. When I'm drawing, I mostly use Prismacolor and Crayola color pencils, but I also enjoy Staedtler, Faber Castell, Sargent Art, and a few others. My favorite paper to work with is Strathmore. I love their sketchbooks, artbooks, and ATC paper. It's so soft! My favorite pencils I sketch with are Pilot, but I have tried other brands. I've been starting to work with markers, but I do not have as many colors, so that's few and far between. I love doing colored pieces, but greyscale is really fun, too.

When it comes to painting, I use a lot of acrylic paints. I also love incorporating metallics, glow-in-the-dark, and color shifts. Black color shift works great for a leathery look, so I have several bottles of that. I work with stretched canvases or canvas panels. I find it so much easier to work with certain characters in paint, like Dr. Romani or Soren, as I cannot find their hair colors in color pencils. I will use any size canvas, but I have a soft spot for square canvases or unusual shapes like hearts, circles, and ovals.

The main reason I am here is because of the ATC swaps. I really love making ATCs. It's so fun seeing what kind of details can be put into such a small drawing. I also find them to be good for background practice.

I love making badges. Since my art is traditional, I've only done one badge per character so far. I buy them in packs of 12 that come with the front, back, and papers for each drawing that goes inside the badges.

The majority of my drawings and paintings are some kind of fan art. My favorite characters to draw come from Fire Emblem, Fate, and Pokemon. I really love these series, and they give me a chance to draw things I enjoy like armor, hair, capes, and I like to do hands. I can do some fun poses, too, especially with mages.

While I mostly draw/paint fan art, but I do other things, as well.

• I will post my completed ATCs once they are rated here. I do not like to post "spoilers" on my social medias. If several weeks have passed without a rating, I will post them, but I try to give enough time, both domestic and international, for it to get there and be rated before posting.

• I also make sure to check every partner's profile. Even if I join an Sender's Choice ATC exchange, I try to find something in your profile I know so I can tailor the ATC to your liking. Otherwise, 95% of the time, you'll probably wind up with a Fate or Fire Emblem character.

I do enjoy video games almost as much as drawing. It's something I've done to unwind since I was tiny. I don't really remember a time not playing video games, or at least watching someone else play.

Fire Emblem is my absolute favorite! If given the chance, I could talk for hours. My favorites that I've played are Radiant Dawn, Fates, and Three Houses. There's hundreds of characters, so to help narrow it down, I put some of my favorite characters from each game in parenthesis by each one, but I'll take any character or art based on Fire Emblem, especially if you want to share your favorite. These are the ones I've played:

Pokemon is also really fun! I've played a lot of, but my favorite has remained Pokemon Black and White, but Sword and Shield is a very close second. I really love Pokemon Snap and have been having the time of my life in New Pokemon Snap. My favorite human characters include Piers, Marnie, Leon, Chairman Rose, Cynthia, N, Brycen, Cilan, Chili, Cress, Burgh, Faulkner, Lt. Surge, Arlo, and Giovanni.

I love most every Pokemon, there's only a few I dislike. I have a soft spot for baby Pokemon, Raichu, Clefairy, Larvitar, Ampharos, Bunneary, Machoke, and Legendary and Mythical Pokemon. If you are in a Pokemon swap with me and are still unsure, feel free to message me.

Castlevania has been one of those games that's always been on the corner of my vision, but with Simon and Richter coming to Smash, I finally got into it. I have played Dawn of Sorrow and Order of Ecclesia, but I own most now due to various virtual consoles. They're just on my massive to-play list. Castlevania might have a few religious undertones that might be considered offensive.

I started playing Fate Grand Order over a year ago. I really enjoy it, even if luck sometimes is not on my side. I will forever chase the elusive King Arthur, along with a few other limited servants.

Here are a few other series or games that I enjoy, even though they might not be my absolute favorites.

• Super Mario, and that includes both Paper Mario series and the Yoshi series.

• The Misadventures of Tron Bonne

These I also enjoy, but they can be gory. If you look into them, please be warned.

• Fatal Frame, with III probably being my favorite. The first is definitely the goriest.

• Silent Hill, with Downpour being my favorite.

• Resident Evil, though the last I played was 6.

• The first The Evil Within.

• Darksiders. It can be gory, and it is based around the Christian Bible and includes things that might be considered offensive.

These are some of my favorite animes, in no particular order except alphabetical. Some with bigger casts I elaborated on, but others have pretty small casts.

• Beyblade, specifically the Metal Saga. This is one of the animes my sister and I would get up to watch on Saturday mornings. I love Julian, and Team Excalibur as a whole. I also like Kyoya, Dashan, Toby, Zeo, Tsubasa, Pluto, and Dynamis.

• Black Butler with some of my favorites being Sebastian, William, Ronald, Madam Red, and Mey-Rin.

• Demon Slayer. My favorites are Kyojuro, Senjuro, Tengen, Giyu, Kagaya (though I understand that he may be difficult to draw.)

• Fate series. Like Fire Emblem, there are a lot of characters, and in some cases, a lot of versions of one character. I love King Arthur, he is on a tier of his own. I also adore Altria/Artoria, Gawain, Tristian, Bedivere, Agravain, Gareth, Galahad, Gilgamesh in any form though Caster is my favorite Gil, Cu, Scathach, Fionn, Karna, Siegfried, Sherlock, Dr. Romani, Fou, David, Sigurd, Brynhild, Arash, Kirschtaria, Ophelia, and Akuta. Like Fire Emblem, I would be happy to receive anything Fate based.

Here is a little list of other non-anime shows I enjoy.

• King of the Hill is one of those shows I grew up on, and I feel it's timeless. Even with technology and references being outdated, it's still just average life that you can learn from.

• Doug, but not Disney's version.

• As Told by Ginger

• Some of my favorite colors are blue and pink, and I love pastels.

• I also like glitter, though I know some people have strong feelings about it.

• I really like stickers! There are some exceptions, though. I'll mention those in my Dislikes.

• I enjoy hand drawn private swaps. I have only done one, but I really enjoyed it and would be open to more.

• I collect most of the Fire Emblem merchandise I can find, which includes a lot of importing from Japan.

• I used to collect a lot in general, anything I remotely liked that came my way, but I am trying to narrow that down to Fire Emblem, Fate, and a few other small collections.

• Kirby, Waddle Dee, and King Dedede from the Kirby series.

• I adore Amuse plushies, especially Pote Usa Loppy! I also like their plushies of Coroham, Kotori-tai, the Long-tail Tits, and Harin the Hedgehog.

• I also love Rascal the Raccoon. He is a animation mascot, but I really know him from the plushies my sister and I have won off Toreba.

• I've recently gotten into figures, thanks again in part to Toreba. I mostly own a lot of prize figures, and a big chunk of those are Re:Zero. I also love the Fate series figures, Fire Emblem figures, and a few other series.

• Some of my favorite snacks are Peanut Chews, Jelly Belly jelly beans, Hershey Drops, Reese's with pieces, Werther's candies, and most M&Ms (except peanuts, pretzels, and chocolate hazelnut.) I also enjoy peppermint, which I overload on during the holiday season.

• I do not do papercraft or scrapbooking. As I stated, I draw my ATCs by hand. I do not really have use for stick on gems, paper cut outs, ribbon scraps, pom poms, found images, used postage stamps, or anything like that.

• I am not a drinker, and I'm not a big fan of "wine culture" if you want to call it that. I do not want anything alcohol related, with the possible exception of a hand drawn ATC of a noble character with a glass of wine, which would be fitting for the character.

• I'm not super religious, so please no religious ATCs or add ons. Again, I would not mind the exception of a character based ATC who happens to be a god, goddess, or demi-god.

• I am not against receiving tea, as I have been sent tea before and I was very curious about it, but I never wound up drinking any. I also do not own a tea infuser, so I don't know if loose tea would be good for me.

• The only stickers I don't like are postage stamp looking ones and school stickers. About 99% of our stickers go on packages, and I don't feel comfortable putting stamp stickers on letters or boxes.

• I am not a fan of gummy candies.

• Animal Crossing. Hear me out, it has everything I should enjoy: cute animals, build my own village, design clothes. I've tried to play it, but I just can't get into it.

• Sonic, same as above. I tried it and could not get into it.

• The same goes for Crash Bandicoot.

• Clock Tower series. I enjoy survival horror, but this one put me to sleep just watching playthroughs.

• I have a few food allergies, which include strawberry, peaches, and seafood.

• I am also allergic to many types of makeup and perfumes. I think that allergy might stem from flowers but I am not sure fully if it is or not, so please no strong scents.


Please don't forget to rate your partners for swaps you've received, including for the "ATCs - Profile Surprise" swap I hosted. I've sent you a few messages about this.

Have a wonderful Day! Hugs, Diane


Thank you for joining my swap Groundhog Day Profile decorations, I am popping on a bonus groundhog.

I plan to check with Malverne Mel, Holtsville, Hal and Staten Island Chuck here in NYC and glance at the handsome but better-known Punxatawney Phil and hope they all say spring is on the way 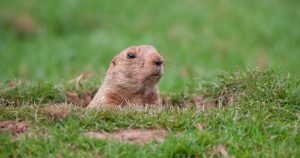 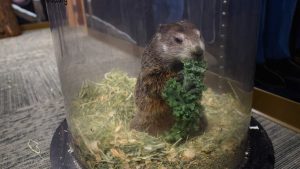 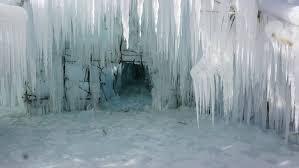 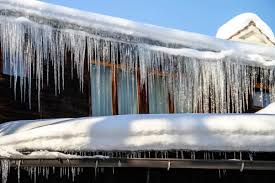 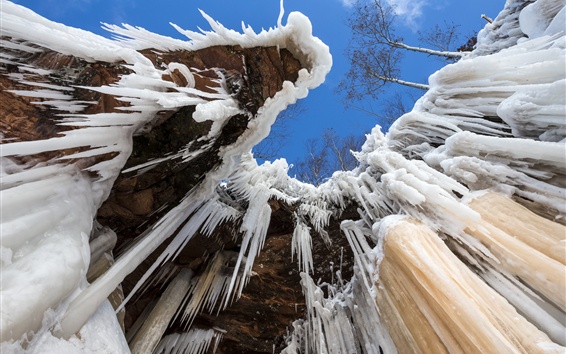 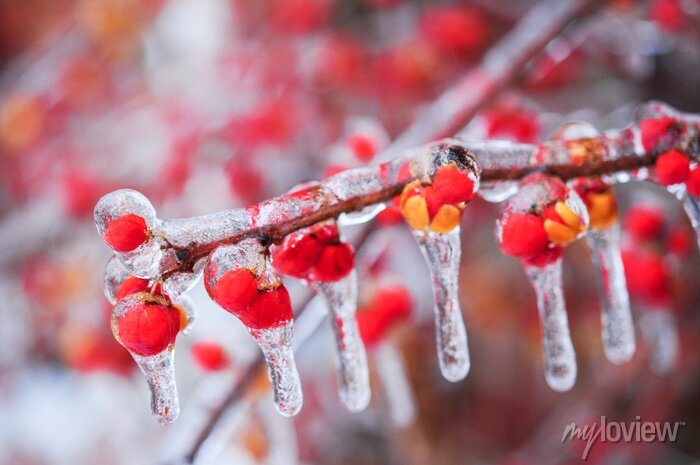 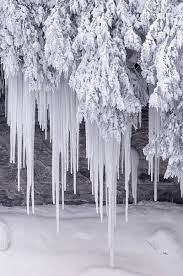 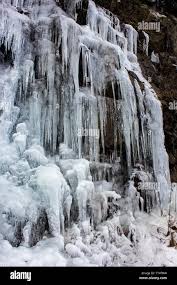 I hope you have a wonderful day! 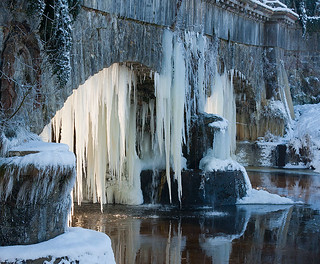 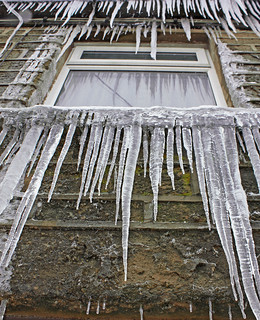 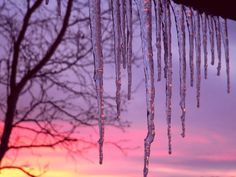 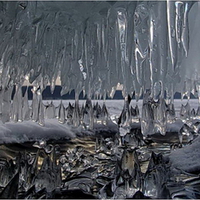 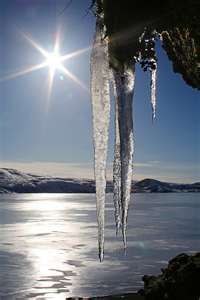 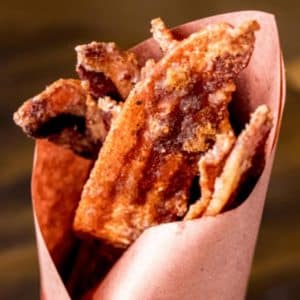 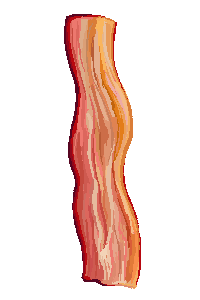