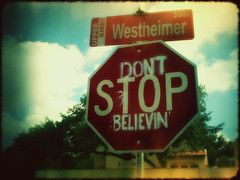 I have 24 year old twin boys and a 29 year old son who is developmentally delayed due to a rare chromosome disorder called "Ring 4". More information on this disorder can be found HERE

Birthday cards for Grayson We have received cards so far from the following folks...

We have received cards from…

People have requested that I post a little wishlist for Grayson. All mail can be addressed directly to him at my mailing address. Just PM me if you need it.

If you want to send him something, please know that any used, handmade, & recycled items are just as good as something you bought from the store. Grayson will love it just the same.

I have been married for 30 years. I was a military wife for 10 years. We lived on Ft. Huachuca in AZ: (Loved it!!). Ft. Eustis in Newport News, Virginia: (Liked it!) & Ft. Meade in Maryland: (Hated it!) where my husband worked for the The National Security Agency (NSA) He is a Veteran of the Gulf War. He left 1 week after I found out I was pregnant with Grayson & came back 2 weeks after he was born. My twins were born at Langley Air Force Base in Virginia.

Sprocket (10 yr old Schnoodle) was rescued from a neglectful owner. His hair was so matted that he had bleeding & sores. The first thing we did was take him to the groomer to get shaved. He was so happy after that.

We just rescued Bianca (7 yr old Doxie-Pin). She was neglected & went from home to home until she found us. They are both loved, spoiled, fat & happy little dogs who get lots of hugs & treats :)

Likes/Wishlist in no particular order...

I LOVE killer whales...all whales really, but Orca are my all time favorite!!

Please do not send: These are things I do not need or have an excess of, so while I appreciate you sending them, please be aware that they might be shared with others, which will put a smile on someone else's face too.

I am the founder of the Experienced ATC Swappers Group as well as the USA ATC Swap group.

I like all types of ATC's especially if they are hand drawn/painted in your unique "style". Just because it's not listed here doesn't mean I don't like it...these are just some of my faves that I can think of tight now...

I do not claim to be an expert in any of the swaps that I host. I am often trying out new things right along with you & for the very 1st. time. Sometimes I fail & sometimes I succeed, but I give it my best shot & hope you will do the same.

I swap USA only due to postage costs, wait times & reliability.

Feel free to use any of my past swap ideas, wording, or pictures to host your own swap or to start an International version of a swap I am currently hosting. No need to ask. We are all here to express our creativity & have fun, so I am proud to be able to inspire you & to share my ideas.

I ALWAYS send & I ALWAYS rate, so if you are missing a card, package or rating please let me know before giving me a negative rating so I can make it right. If something prevents me from sending on time I will always let you know.

I always angel all of my swaps as long as you rate the person that flaked on you a 1.

Please don't hesitate to PM me if something doesn't look right, if I made a mistake on something or for any constructive comments. I welcome any FRIENDLY guidance, advice or reminders.

I am a tape fiend & I always make sure my envelopes & packages are taped up VERY well, so you might want a pair of scissors handy when you open up my swaps.

SMOKE STINKS! - I prefer not to swap with smokers unless you are very careful about keeping your items away from the smoke.


Thank you so much for the great stationery from the RAK group, No idea where it has been this last month but sure fun to receive it today.


OMG! Thank you doesn't come close to how grateful I am for the trinket box!!! I love it so much! An absolutely wonderful surprise. Thank you so very much!!!!

You are Amazing! Thanks so much for the Zebra Love! It gave me smiles and will give me more smiles in the future! ♥♥♥


Thank you so much for the RAK stamps. It was a total surprise. I will certainly put them to good use. Have a Merry Christmas and a bless and prosperous New Year! 🤗🥳🥰


Thank you for the RAK of spider stickers. I may have lost some to my kids.lol


Holy Cow Janis. Thank you so very much for the awesome stamp selections!! I feel like you picked each and every one of them just for me. You are such a great human being! Happy Thanksgiving.


Janis, thank you so much for the Group stamps giveaway winning in the forum!!! I love to use rubber stamps in my projects and I am always looking for new and different kind of stamps!! I love the selection of stamps you sent me!! It's perfect right now because I am working on a Christmas binder swap so these beautiful stamps will come in very handy!! You're so kind!!!


Tysm for the whale stamps! Wanna know something hilarious I ordered you the same set of the space/ whale stamps Lol. Great minds think alike right😊


Thank you for the RAK skull stickers, I am very excited to color and use them!


Hi Janis! It was such a surprise 2 c ur Happy Mail in the mail box=) Thanks bunches 4 all the great animal stamps; I am sure that I can put them 2 good use. Thank u 4 ur generosity!!