My husband & I have been married for 24 years, and while we don't have any children, we've had lots of dogs. Our current dog is James, a 7-year-old, 20-pound, black & white mini beagle/Jack Russell mix.

We live in Michigan, which is lovely in the spring, summer and fall; but Michigan's long, cold, gray winters can be very depressing. Every February, I feel like I simply cannot take it one moment longer, but we're stuck here until retirement, when we'll head to either Tucson, AZ or San Antonio, TX (large military bases).

I was born to be an artist. My first creative memory is of being 3 years old and coming across a bottle of Elmer's glue and a jar of multi-colored glitter. I took them both into my bedroom, tipped the glue upside down, and watched in amazement as it pooled into a palm-sized puddle on the shag carpeting. After rubbing it deeper into the carpet, I added a healthy sprinkling of the glitter, rubbed that deeper into the carpet, and was delighted at the resulting creation! My mother, discovering the hard, dried palm-sized creation a week later, was not so delighted. ;-)

50 years later, I still cannot get enough of glitter (especially in shades of fuchsia), and I've developed a magnificent passion for paper along the way, as well. It doesn't matter that I have more than a few thousand different kinds of paper already - if it's a new one that I don't have yet, I must have it! :-)

I studied music in undergrad with a 4-year music scholarship where I focused on composing music in a classical style for piano, choirs & orchestras.

I also enjoy listening to classical music, but I'm basically contemporary-music illiterate. I have no idea who's popular these days in pop, rock, country, folk, rap, etc. I can talk about Bach, Brahms, Beethoven and Vivaldi for hours, though!

My favorite books so far are all of Carlos Ruiz Zafon's books, and Pamela Schoenewaldt's books. Both authors' writings are so incredibly different from one another, but I loved them immensely.

Papercrafts are, by far, my favorite. For many years, I taught various paper arts classes at our local Rec & Ed. I love making greeting cards (which I've done almost exclusively for the past few years), ATCs, handmade books, and altered books.

COLORS:
My favorite color is glitter! Especially if it's pink/fuchsia.

CRAFT SUPPLIES: - 8.5x11 sheets of white or ivory cardstock for card-making
- glitter cardstock
- specialty paper (the kinds at the end of scrapbooking paper aisles, or the kinds at Paper Source or Papyrus)
- Stickles brand glitter glue

HOLIDAY: Christmas, but I'm not Christian. I just love the holiday cheer, the reds & golds, the candles & lights, the Christmas tree & greens on the fireplace mantles, the carols... I love it all!

Please do not send extras of anything - I'm undertaking a massive de-stashing of my art studio.

the user is not currently in any groups


Wishing you all the best! 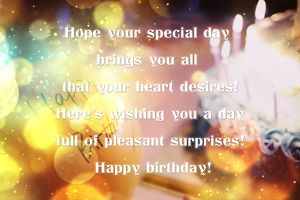 
THANK YOU SO MUCH for all of the wonderful women postage stamps! Amazing -- such a great variety! Thanks so much.


Thank you so much for the papers you sent for the this or that tag! You were really generous and i can't wait to use them in my crafts! Thank you!!


thanks so much for the envies from the i wish for tag. i rec'd these today. i can always use these! :)


Thank you for all the lovely papers the mail man left me today. They are so pretty, I can't stop looking at them.


Wow, lady, what a wonderful tag package for the forum's "Pick 2 tag--US only" ! Many thanks.


Answer: Ok, if you say so... But IÂ´m SO sorry that you didnÂ´t get everything that I send :(


Ohhh NOOO, IÂ´m so sorry about the broken envelope!! :( I did put a lot of decorations inside and I even packed them in zipcases, so I canÂ´t understand what happened with the envelope...;( I will resend to you in some days!! :)


Recieved the floral diecuts today for the U S tag! Thank you!!!! You are sooo Awesome!!!! They are so beautiful & the textures of the paper! I love it! Thanks So Much!! -Tiffany