France has just entered a second lockdown, so I will only be participating in the "Adventures of the Traveling PC" swap for now

I am 29 years old, and I have been living in France for over two years now. I was born and raised in SW Michigan, so it has been quite an adjustment! City life has been pretty amazing though.

When I first moved to France we lived right in the middle of Paris, almost right next to where my husband went to college. That place was only meant for one person though, let alone two + pets! So in July 2019 we took a look at the suburbs, and got extremely lucky with an apartment. We now live in Neuilly-sur-Seine, and are much happier! You can even see the Arc du Triomphe from our street, so it only takes a few minutes to be back in the city.

When I moved I also brought my two chinchillas, Apa & Pikachu, with me. They have certainly become well traveled in the past few years! In the new place there is a lot more room for us to let them out in, so I am sure they are enjoying that. 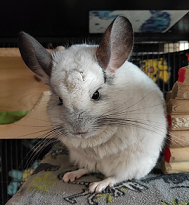 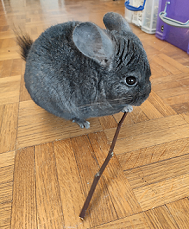 In September 2018 we added a Ragdoll cat to the family. His name is Ori, and he is absolutely huge! He turned two on April 6th of this year. He is a beautiful boy! 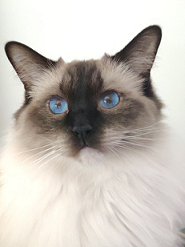 Most recently we have adopted a tiny tortie girl. We brought her home on July 25th, and she's adjusted very quickly. Well, to everything except Ori! He's been a perfect gentleman, has given her space, and has not hissed or growled at her at all, but she's been hesitant to come around. They are finally starting to play together though, so that's promising! We finally settled on the name Andromeda for her, since she looks like a galaxy, but her nickname is Melon, or just Tiny Tortie. She will turn two in September. 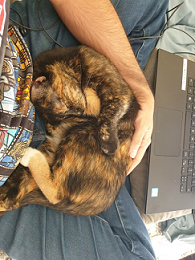 I really enjoy the Marvel universe movies. They've become extremely predictable and formulaic, but I still like them.

Ghibli movies will always have a special place in my heart. I remember renting My Neighbor Totoro as a child.

As for some general movies:

My husband and I love to watch crappy horror movies on Netflix too.

I read an enormous amount of books when I was in High School. I'm currently trying to rekindle that love of literature.

Things I Love to Do

I am completely fine with both naked & in an envelope postcards. I really don't have a preference.

I enjoy the following kinds of postcards:

If you're unsure of what to write on the pc, tell me a story/legend of your town, or country. I also like learning new words in other languages, so if you teach me one that's great!

If you have not received a swap from me please message me before rating. I always send out swaps on the date that I have marked them sent. I even take pictures of everything before I send it out. Things can get lost in the mail, especially with Covid delays, so if you have not received something I will be happy to resend!


Hi! Thanks for the warm welcome, and funny coincidence to be living in the same area :o)


Thank you MrsKytes for sending me your Spring photo collage even though I wasn't your partner. The blossoms were beautiful. 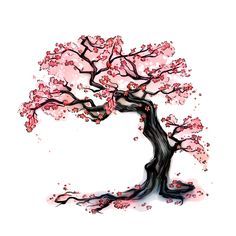 
Thank you for the lovely postcard with a skull. I like it


Thank you for the lovely mail you sent my daughter! She was very suprised and happy about it :) Paris here we come!


Bonjour!
I had the thickest cup of not chocolate EVER in Versailles last year. It seriously needed a lollipop stick!